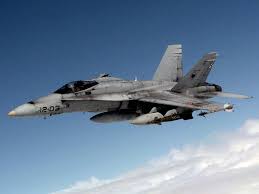 The meeting was requested by the Alaska Congressional Delegation to question as well as hear the reasoning behind the Air Force’s recently announced plan to relocate the 18th Aggressor F-16 Squadron from Eielson Air Force Base to Joint Base Elmendorf-Richardson.

Congressman Don Young:
“Overall, I was pleased with the candidness of today’s meeting and am hopeful that the Air Force will act on the concerns I raised in the meeting. General Schwartz reaffirmed what I, and most Alaskans already know – Eielson Air Force base is crucially important to this country’s national security, especially as our focus shifts towards possible threats in the Asia-Pacific theatre. The Air Force has indicated that this decision was made to make Eielson more efficient, and while that may be true, I would rather not move a squadron but instead work towards lowering energy costs and making it cheaper to operate the base. I think that it is critically important that General Schwartz hear from the Alaskans on the ground who will be affected the most by this decision – that is why I requested that he not only set foot in Alaska, but visit Fairbanks and speak to the people there as soon as he can. I look forward to working with the Air Force, the rest of the Alaska Delegation, and the Governor in lowering energy costs in the Interior to improve efficiency and make Eielson an attractive location for future Air Force assets.”

Senator Lisa Murkowski:
“It was good to hear General Schwartz say he believes America still needs Eielson Air Force Base, and that it should play a significant role as America’s military shifts its future focus to the Pacific Rim. But I still feel like Alaskans and I have seen this movie before – and we saw how it ended in 2005. Seven years ago, the Pentagon projected dramatically unrealistic savings at Eielson as they mapped out their BRAC attempt but after we stepped up and showed them the numbers and the reality on the ground, the commission decided against taking that action. I cannot see how the math has changed in less than a decade.”

Senator Mark Begich:
“At a Senate Armed Services Committee hearing today in response to my questioning the Pacific Command Commander nominee, Admiral Samuel Locklear, spoke to the strategic importance of Alaska’s location. He said Alaska is critical to our ability to rapidly respond to missions around the globe and critical to preparing our forces for those missions. I was pleased to hear the Air Force Chief of Staff, General Norton Schwartz, echo Admiral Locklear’s recognition of the training opportunities in Alaska and affirmation Red Flag Alaska exercises at the Joint Pacific Alaska Range Complex are as strong as ever and won’t be going away. Yet I remain opposed to the relocation of the F-16s from Eielson Air Force Base. As Admiral Locklear acknowledged, bases in Alaska are critical to our national security. That includes Eielson Air Force Base. I made one thing clear to General Schwartz, the Alaska Delegation is not backing down. I look forward to the General’s upcoming trip and hope Alaskans will take the opportunity to share their thoughts with him in 10 days.”